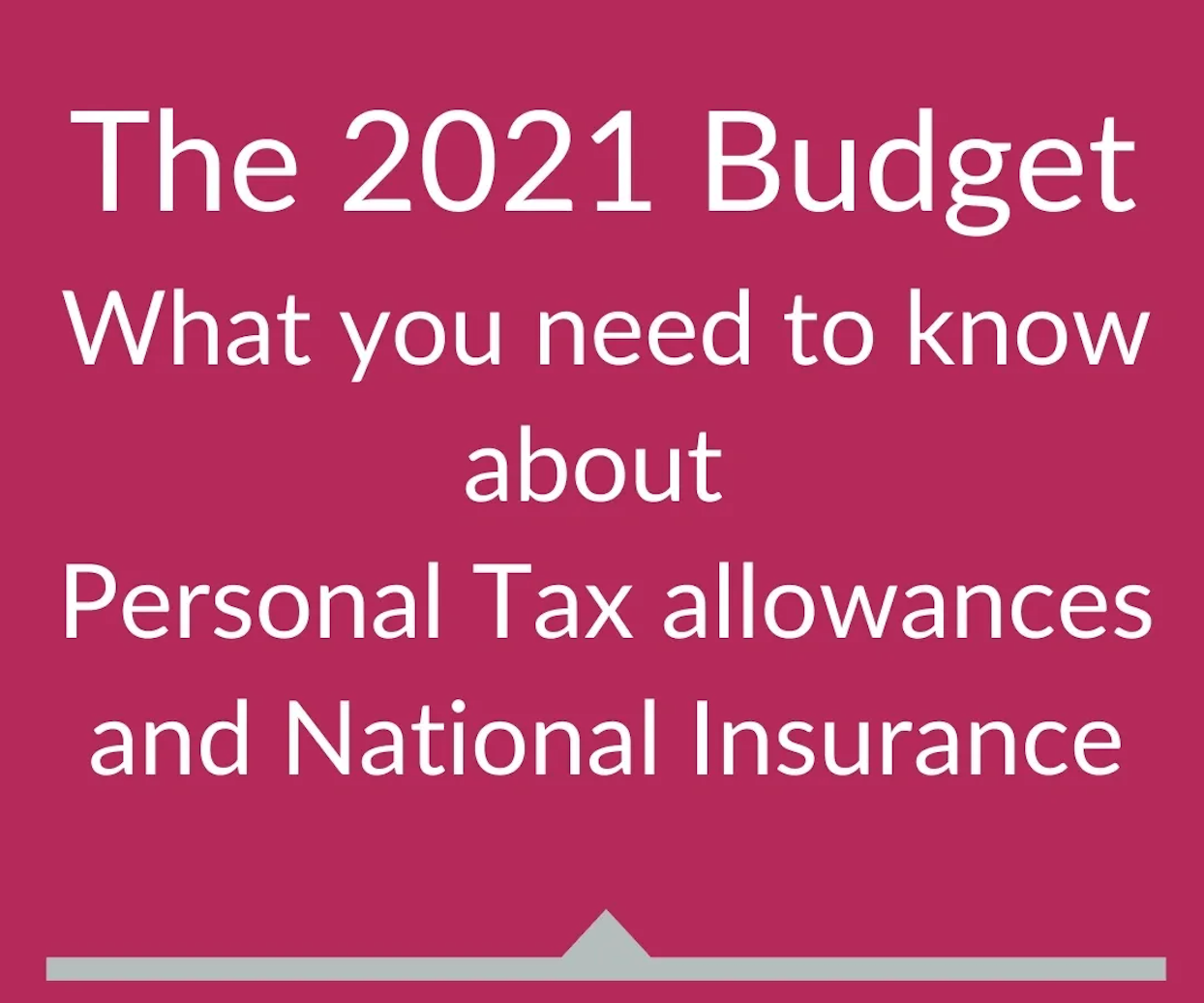 Posted on 26th April 2021 at 15:10
Everything you need to know about the personal tax and National Insurance allowances in the April 2021 Budget.

Personal allowance increased to £12,570.
Higher rate threshold extends to £50,270.
Personal savings allowance remains:
- Basic rate tax payers £1,000
- Higher rate tax payers £500.
Dividend allowance remains at £2,000.
Personal allowance continues to be reduced by £1 for every £2 of income above the £100,000 limit.
Transferrable marriage allowance increased to £1,260.
Income tax rate and thresholds on non-savings, non-dividends income for Scottish/Welsh taxpayers will be set by Scottish and Welsh Parliaments.
Budget announced
Until 5 April 2026:
Personal allowance frozen at £12,570.
Higher rate threshold frozen at £50,270.
Although this technically isn’t an increase in income tax, there will be an increase in tax take, in real terms, over the coming years.